At Home with the Ludskis (#7) Midnight Mass Edition

Expect  a  totally  surreal,  totally  bonkers  happening  across  a  variety  of  artistic platforms.’   Time Out 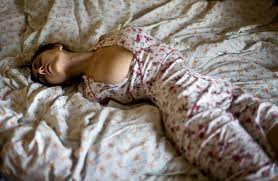 For a second year we team up with the LONDON SHORT FILM FESTIVAL for our unique Late Night Art Happening.

And also a choreographer: Charlie George with Dark Island Dance. And as usual Granny Ludski.

‘At Home with the Ludskis’ breaks away from exhibition tradition to explore an art gallery / cinema hybrid that aims to be equally thought-provoking, visually stimulating and emotionally involving. The pedestrian and mundane is pushed aside so as to passionately embrace the Post-Contemporary.

‘Brilliant! Such an incredible use of the cinema! Amazing atmosphere, amazing happenings – loved seeing the Rio filled with wildness.’   Charlie Phillips, Sheffield DocFest

‘A truly alternative happening at this Dalston cinema space.’  Time Out

Is it impossible, Granny Ludski asked herself, to bring together artists working in many different disciplines, into one place, for one moment, to produce a meta-happening?This true cross/multi disciplinary approach to Art and exhibition making is totally absent from the British Art scene. Granny wanted to break down boundaries and avoid the herd instinct, and exhibit Art and Performance as varied as the audience and the world. 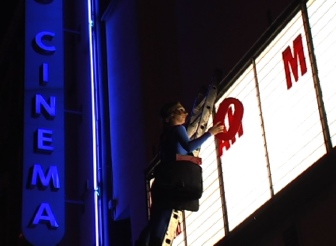 ‘The saturated landscape of art, installations, performance and even fashion in the East London makes it easy to be dismissive, yet there’s something about the Ludskis that suggests it should be taken a little more seriously than the rest. The avant-garde late night exhibition combines a number of mediums – from screenings to live music – and celebrates the rich history of the Dalston Rio’s roots in Modernism. It might just be something people will be talking about for a while…’         Thrill City London

‘…from dada to grandma the beat goes on…’     Granny Ludski

The ARTISTS for ‘At Home with the Ludskis’  (#7):  Midnight Mass Edition 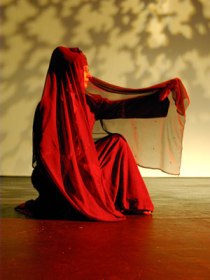 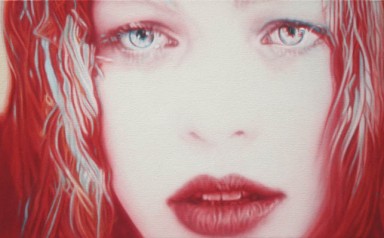 >>>  The Centre of Attention   http://www.thecentreofattention.org/exhibitions/mountstuart.html 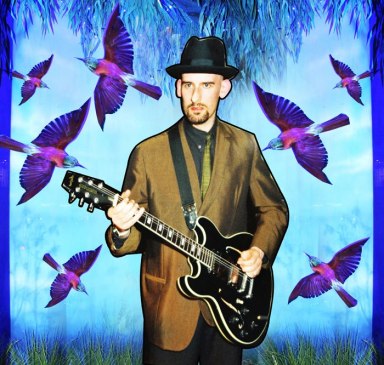 >>> AND  Curated by Giulia Casalini in collaboration with CUNTemporary / ONE BILLION RISING London Art Festival     http://www.facebook.com/CVNTEMPORARY

Videos and performances selected in support of One Billion Rising London Art Festival: a global movement to end violence against women and girls.

ALICE TATGE   Shaking is an endurance performance conceived by London-based performer and dancer Alice Tatge. The audience is forced to encounter her body in a state of fragility. This physically demanding act addresses the many bodies that suffer in silence.

Born in Italy in 1981 to American parents, Alice Tatge’s choreographic work locates itself between dance and performance art/installation. Her interest lies in the phenomenology of sense perception and the possibility of providing interactive/close encounter experiences for audience members, both in theatrical and non-theatrical environments. Her work has been shown at the Waterside Contemporary, Hayward Gallery, Southbank Centre, Barbican and ICA; Companies and choreographers she has worked for include: Punchdrunk Theatrical Experiences, Sioned Huws and the Welsh National Theatre, Xavier Le Roy & Mårten Spångberg. Tatge received an MA in Performance at Laban in 2011. Tutor in contemporary dance at Roehampton, and Birkbeck University.

VICTORIA TRINDER makes work that explores visual pleasure by heightening the awareness of the viewer. She uses the body as a conduit to evoke the meditative qualities of the making process and in so doing, questions ones’ control of subjectivity. Trinder has exhibited in the UK and internationally. She is currently studying MA Fine Art at Chelsea College of Art in London.     http://victoriatrinder.com

URSZULA-KLUZ-KNOPEK (1985, Poland) does not call herself a photographer or a video artist or a designer or a performer. She tries to use these fields as instruments for raising complex and controversial issues. Her personal experience of being a ‘late child’ of ageing parents is for her a pretext for bringing up themes of transitoriness and death. Kluz-Knopek admires the intimate dimension of ordinariness and everydayness; she reveres the ‘here and now’, struggling with her own aspiration to understand and even stop the moment, with a simultaneous awareness of the passage of time and fear of an unreliable memory. The sensuality of her works stems from treating eroticism as a condition of existence. Kluz-Knopek talks about her own condition as a mother, partner, lover, daughter, female and brave neo-woman, who struggles with time and with society.  http://en.adija.pl

IACOPO ZANON was born in Rome in 1979. While completing a degree in Literature and Cinema at La Sapienza University he worked for three years on various movies as an assistant director to Mimmo Calopresti, Francesca Archibugi

and Nanni Moretti. During these years he also shot and completed the production of two small documentaries and the short-film ‘Siamo in Guerra’ (about the Italian participation in the Kosovo war), ‘Settant’anni di amicizia’ (which involves the friendship of three women who belong to the World War II generation) and ‘Già detta’, which analyses fears and anxieties of the contemporary society. During this time Iacopo Zanon also participated in a workshop conducted by Iranian director Abbas Kiarostami in Turin. During this stay he also directed the short film ‘Cento metri piu’ avanti’. He then directed his fourth short film ‘La sua vita’. Zanon then directed ‘Per Elso’ short film (about work-related accidents) and the short comedy ‘François’. Iacopo Zanon collaborates with Pin up film making S.r.l., where he shot the industrial documernary ‘La mia prima parola e’ stata Auto’, the short art video ‘Una pausa nell’opera del nulla’ and ‘Sono qui’ (a documentary about an Italian language school for immigrants). He is currently working on two music videos for the Mamavegas music group.  https://vimeo.com/iacopozanon

INGRID BERTHON-MOINEIngrid Berthon-Moine is a French artist currently living and working in London. Her practice employs a variety of media including video, photography, sculpture and text to examine themes relating to gender, technology and personal biography. Her work investigates sexuality and the human body as vehicles for questioning new forms of sexual representation, challenging conventions by merging opposing visual signifiers in order to highlight absurdities and collapse cultural preconceptions.   http://www.ingridberthonmoine.com/

Music curated by Dana Jade (Clit Rock)
Dana Jade was born on the island of Trinidad, spent her teenage summers in NY, and finally moved to London Town in 2002 to pursue her rock n’ roll ambitions. This unique blend of influences is evident in her music, which Time Out succinctly describes as “Attitudinal, Bluesy, Punk N Roll”. Think Grace Jones in a bar room brawl with Polly Jean Harvey, egged on by the riot grrrls of Olympia, delivered with a post- punk slap to the face! In addition to making music Dana Jade is also the founder of Clit Rock, music events to raise awareness and funds for the prevention of Female Genital Mutilation (FGM).
http://www.danajade.com
http://www.facebook.com/pages/CLIT-ROCK/220135141374485

> …. And more Artists on the night to be confirmed. 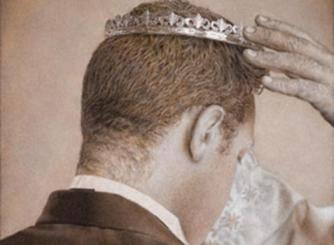 >HISTORY >>>   The Beautiful Art Deco, Rio Cinema, in the very beating heart of the London Art scene, sees the Ludski’s return to produce a unique exhibition/screening/happening in their ongoing tribute to Clara Ludski. Clara was a Russian immigrant, who in 1909 founded the KINGSLAND PALACE, the first electric picture house on the site on which the Rio Cinema now stands.

This pagan temple is a shrine to our collective Dreams, Fears, Loves, Madness and codes of Honour. Like traditional hallowed places of worship and communion they impart to us a message about how we once lived and how we might live.

Bored and drained by bogus exhibitions and the banal moving image screenings of cinema and gallery, Granny Ludski wanted something more vital, with quality, depth and imagination. We found ourselves in direct conflict with the academic style and scholastic didacticism of Art Academy, Gallery, Museum and Biennale. This led to the creation of ‘At Home with the Ludskis’ to make a late night exhibition/screening/happening with as wide a range of artists from different fields, providing startling moving image, surreal musicianship, eerie installation, seductive performance. All the Art Forms that cinema relies on will Be There!

‘Granny Ludski’ Based in London, UK. is an anonymous curatorial team, led by our own Art World Colonel Sanders, Granny Ludski.

house of o’dwyer   /   The Centre of Attention 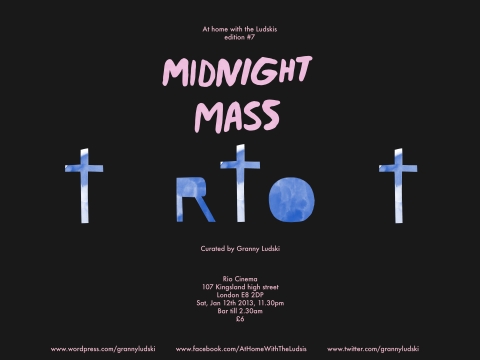 You are currently reading At Home with the Ludskis (#7) Midnight Mass Edition at Babushka Ludski.